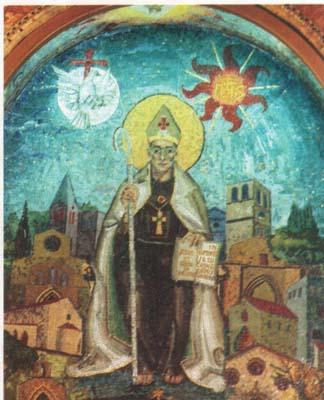 Matthew of Agrigento (also known as Beato Matteo de Agrigento) was born on the southern coast of Sicily around 1376. First a Conventual Franciscan, he later became an Observant Friar, traveling throughout Italy with Bernardine of Siena and spreading the Christian faith. He eventually returned to Sicily, where he became provincial superior of his order. He also set up orders in Spain and became friendly with the king and queen of Aragon. In 1442 King Alfonso V appointed him bishop of Agrigento, a position Matthew had little desire to hold but found himself instructed to take by the pope. He eventually resigned and tried to return to his order, But the Observant Friars were reluctant to have him back, partly because his health was failing and the order was worried about medical expenses. He died in a Conventual house in Palermo in 1450.

Images of Matthew of Agrigento