The Franciscan Presence in Peru, Conquest and Colonial Period: 1527-1824 (Battle of Ayacucho)

Franciscans (and the other mendicant orders) had a widespread presence in colonial Peru (Virreinato del Perú). Some Franciscans accompanied the Spanish conqueror, Francisco Pizarro. Pizarro and various close collaborators were born in Trujillo, Spain, at the time an important city, known for its strong Franciscan presence. That Trujillo presence was transported to Peru, where the city of Trujillo was founded, the center of the second most populous population center in the nation. Lima is the largest population center. Lima in the south and Trujillo in the north are both located on the Peruvian coast and therefore readily accessed by sea.

The Franciscans, the largest order in Europe during the 16th and 17th centuries, sent the greatest number of missionaries to minister in the New World. In 1493, there were some 22,000 friars participating in various Franciscan observances. A large number of them were in Spain. By 1517, this number had grown to 30,000, mainly due to reforms initiated by Cardinal Francisco de Cisneros in the simpler more relaxed Observant reform (which retained the name Order of Friars Minor). The Franciscan order has had a history marked by reforms and divisions. 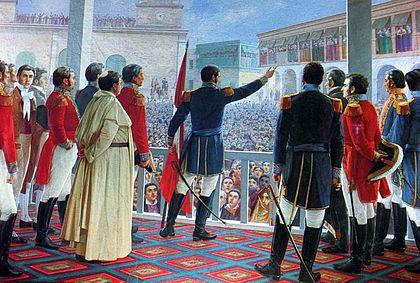 Missionary efforts to Peru were launched by Franciscans from Santo Domingo, after 1527 by Juan de los Santos, and followed by Marcos de Niza between 1531 and 1532. Franciscans accompanied Pizarro during his conquest and exploration of the region. Evangelization progressed slowly in Peru for the first 20 years due to the animosity between natives and the Spanish invaders.   By 1549, a supervisor was sent to Lima to coordinate all Franciscans in the southern part of the continent. It was not until 1553 that Peru saw permanent Franciscan establishments. In Ecuador a Franciscan province was erected in 1565. Missionary activity to the east and south continued.  During the 17th and 18th centuries, many friars were lost to martyrdom in the territories of the Ucayali and the region north of the Amazon. Franciscans count 129 friar deaths on the Ucayali alone. In 1742, most of these centers of ministry were destroyed during native uprisings.   It took 50 years to restore the Franciscan missions in these areas. Attempts by Franciscans to evangelize Chile were gravely disappointing. Between 1553 and 1750, repeated hostilities between Spanish settlers and natives made activity in the region difficult.

The gravest threat to Spanish colonial rule came from the revolution initiated by Túpac Amaru II, original name José Gabriel Condorcanqui, (born 1738, Peru—died May 18, 1781, Cuzco, Peru), Peruvian Indian revolutionary, a descendant of the last Inca ruler, Túpac Amaru, with whom he was identified when he led the Peruvian peasants in an unsuccessful rebellion against Spanish rule.

Túpac Amaru II was a cacique (hereditary chief) in the Tinta region of southern Peru. He received a formal Jesuit education but maintained his identification with

the Indian population. In 1780 he arrested and executed the corregidor (provincial administrator), Antonio Arriaga, on charges of cruelty. This act led to the last general Indian rebellion against Spain, at first with the support of some Creoles (Spaniards born in America). The revolt lost this support, however, when it became a violent battle between Indians and Europeans. Túpac Amaru II and his family were captured in March 1781 and taken to Cuzco. After being forced to witness the execution of his wife and sons, he was mutilated, drawn and quartered, and beheaded. The revolution continued until the Spanish government issued a general pardon of the insurgents.

Spanish domination of Peru was not to last much longer. The Peruvian War of 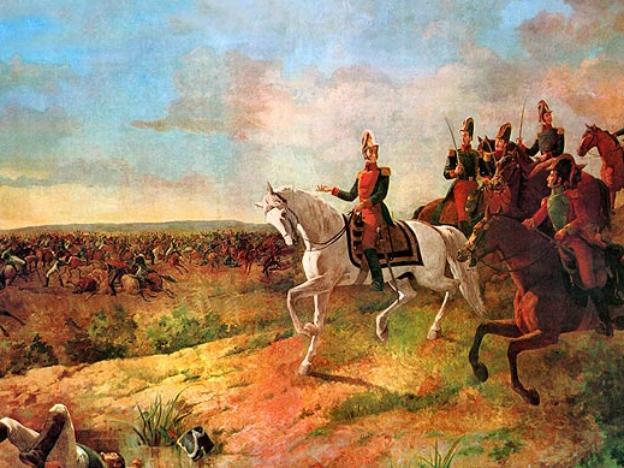 Independence was composed of a series of military conflicts in Peru beginning withthe viceroy Abascal military reconquest in 1811 in the battle of Guaqui, going with the definitive defeat of the Spanish Army in 1824 in the battle of Ayacucho, and culminated in 1826, with the Siege of Callao. The wars of independence took place with the background of the 1780–1781 uprising by indigenous leader Túpac Amaru II and the earlier removal of Upper Peru and the Río de la Plata regions from the Viceroyalty of Peru. Because of this the viceroy often had the support of the "Lima oligarchy," who saw their elite interests threatened by popular rebellion and were opposed to the new commercial class in Buenos Aires. During the first decade 1800s Peru had been a stronghold for royalists, who fought against those in favor of independence in Perú, Upper Peru, Quito and Chile. Among the most important events during the war was the proclamation of independence of Peru by José de San Martín on July 27, 1821.

Artworks:
Above, Juan Lepiani, San Martín proclaims the independence of Peru, oil painting
Below, Oleo de Martín Tovar y Tova, The Arrival of Simón Bolivar to the Battle of Junín (Battle of Ayacucho)