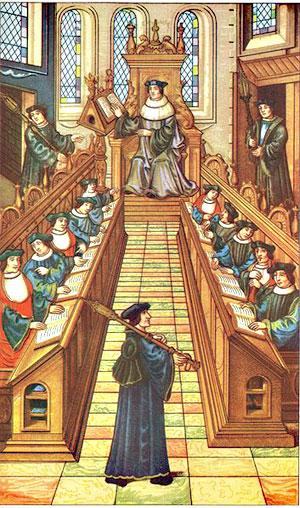 An extraordinary numbers of notable scientists were and are Roman Catholics. Just a few are mentioned below. A longer list (from which the below was compiled) that includes some images, can be found here.

• Albert of Saxony (c. 1320–1390): Founder of the University of Vienna and later serving as the Bishop of Halberstadt, Albert is known for his contributions to logic and natural philosophy. His commentary on Aristotle's Physics was read widely and helped to disseminate new ideas in physics throughout Central Europe. With Buridan (c. 1300–after 1358), he helped develop the theory that was a precursor to the modern theory of inertia.

• Benedetto Castelli (1578–1643): A Benedictine mathematician and long-time friend and supporter of Galileo Galilei (who was his teacher), he wrote an important work on fluids in motion.

• Bonaventura Cavalieri (1598–1647): He is known for his work on the problems of optics and motion and for introducing logarithms to Italy. Cavalieri's principle in geometry partially anticipated integral calculus.

• Nicolaus Copernicus (1473–1543): Renaissance astronomer who is famous for his heliocentric cosmology that set in motion the Copernican Revolution

• Agostino Gemelli (1878–1959): A Franciscan physician and psychologist, he founded the Catholic University of the Sacred Heart in Milan.

• Carlos de Sigüenza y Góngora (1645–1700): A mathematician, astronomer, and cartographer, he drew the first map of all of New Spain.

• Francesco Maria Grimaldi (1618–1663): He discovered the diffraction of light, investigated the free fall of objects, and measured geological features on the moon.

• Robert Grosseteste (c. 1175–1253): He has been called "the first man to write down a complete set of steps for performing a scientific experiment."

• François Jacquier (1711–1788): A Franciscan mathematician and physicist, he was connected with nearly all the great scientific societies of Europe.

• Bernard Lamy (1640–1715): A philosopher and mathematician who wrote on the parallelogram of forces.

• Pierre André Latreille (1762–1833): An entomologist whose works describing insects assigned many of the insect taxa still in use today.

• Jean Mabillon (1632–1707): A Benedictine monk and scholar, he is considered the founder of palaeography.

• Francesco Maurolico (1494–1575): He made contributions to the fields of geometry, optics, conics, mechanics, music, and astronomy, and he gave the first known proof by mathematical induction.

• Giuseppe Mercalli (1850–1914): A volcanologist and director of the Vesuvius Observatory, he is best remembered today for his Mercalli scale for measuring earthquakes, which is still in use.

• Marin Mersenne (1588–1648): He was a philosopher, mathematician, and music theorist who is often referred to as the "father of acoustics."

• Nicholas of Cusa (1401–1464): A cardinal, philosopher, jurist, mathematician, and astronomer, he was one of the most recognized minds and polymaths of the 15th century.

• Nicole Oresme (c. 1323–1382): Economist, mathematician, physicist, astronomer, philosopher, theologian and Bishop of Lisieux, he was one of the most famous and influential philosophers of the later Middle Ages.

• Jean Baptiste François Pitra (1812–1889): He is a Benedictine, cardinal, archaeologist and theologian noteworthy for his great archaeological discoveries.

• Louis Receveur (1757–1788): A Franciscan naturalist, geologist, chemist, and astronomer, he has been described as something of an ecologist. He was the first Catholic priest and the second non-indigenous person to be buried in Australia.

• Louis Rendu (1789–1859): He is a bishop who wrote an important book on the mechanisms of glacial motion. The Rendu Glacier in Alaska and Mount Rendu in Antarctica are named for him.

• Berthold Schwarz (c. 14th century). This Franciscan friar is the reputed inventor of gunpowder and firearms.

• Nicolas Steno (1638–1686): Beatified by Pope John Paul II, he is often called the father of geography and stratigraphy.

• Pope Sylvester II (c. 946–1003): A scholar who endorsed and promoted Arabic knowledge of arithmetic, mathematics, and astronomy in Europe, reintroducing the abacus and armillary sphere which had been lost to Europe.

• Pierre Teilhard de Chardin (1881–1955): A Jesuit paleontologist, geologist, philosopher and theologian, he took part in the discovery of Peking Man and Piltdown Man. His The Phenomenon of Man sets forth a sweeping description of the unfolding of the cosmos.

• Francesco Lana de Terzi (c. 1631–1687): He is referred to as the Father of Aeronautics for his pioneering efforts, and he also developed the idea that developed into Braille.

• Francesco Zantedeschi (1797–1873): He was among the first scientists to recognize the marked absorption by the atmosphere of red, yellow, and green light. He published on the production of electric currents in closed circuits by the approach and withdrawal of a magnet, thereby anticipating Michael Faraday's classical experiments of 1831.

Image
A meeting of doctors at the University of Paris. From a medieval manuscript of "Chants royaux". Bibliothèque Nationale, Paris. Source: http://en.wikipedia.org/wiki/File:Meeting_of_doctors_at_the_university_o...