Organizations and Individuals Can Join

Both organizations and individuals can become members of the project. There is no charge for participation or involvement.

Invitation to Join the Project

We invite those interested in St. Francis to participate in this project. We can accept information in either English or Spanish. To submit information or discuss your idea, please contact: 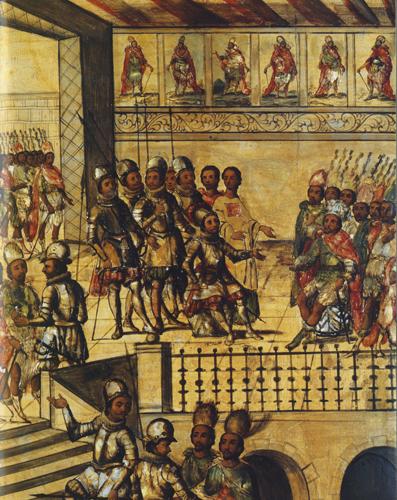 An Open and Free Community

San Francisco (Saint Francis, San Francesco) is recognized and intensely admired throughout the world by Christians, persons of other faiths, and nonbelievers alike. Precisely because Saint Francis's influence goes beyond Christianity, the Saint Francis and the Americas/San Francisco y las Américas (SFA) project is open to participation by anyone interested in the topic, whether they be Christian, practitioners of other religions, or simply those keenly interested in Saint Francis and franciscanismo. For example, leaders such as Mikhail Gorbachev have written passionately about Saint Francis. SFA provides a website; opportunities for students to research and write articles; opportunities for scholarly publication and blogging; and larger cooperative projects, such as DVD production. SFA is cooperative and based on voluntarism. It has no established budget, and no fees are charged to any member. Certain projects within the SFA scope are being sponsored, funded, and produced by specific member organizations from their own resources or through third parties. SFA is open-ended. SFA provides member organizations, nonmember groups, and interested individuals with the opportunity to collaborate on projects and explore and develop ideas. It provides links to other related Web sites and its resources section provides links to other websites that the project has reviewed. Above all, SFA is not cast in stone. It is a work in progress, and its founding organizations, individual members, and other interested parties surely will discover new, imaginative, and valuable projects to pursue. In short, SFA is being shaped by the interests and needs of its members.

A Valuable Resource for Hispanics Throughout the World

While the project is for everyone, it is especially for Hispanics and most definitely those in the United States, whether they are fluent in Spanish or not. That said, our Web site and other initiative components will be in English and Spanish. As practical, we will privilege Spanish in names, places and elsewhere; thus, San Francisco, Santa Clara, San Leandro, San Rafael, San Diego refer not only to places but the people (e.g., San Francisco instead of Saint Francis; Santa Clara instead of St. Clare, etc.) The Hispanic world has a particular affection for Saint Francis, and his persona has helped shape the Americas. Franciscans came with the first Spanish explorers and conquistadors, founding missions in California, Florida, Georgia, and South Carolina. Juan de Zumárraga was the first Bishop of New Spain and accepted Saint Juan Diego’s recounting of the apparition of the Patroness of the Americas, La virgen de Guadalupe.

SFA provides inspired information about Saint Francis (San Francisco), Saint Clare (Santa Clara), and franciscanismo or Franciscanism, (generously defined to include other important figures such as Sor Juana Inés de la Cruz). We will include Saint Agnes of Assisi, San Antonio de Padua, Saint Bonaventure, and a host of other figures of direct importance to the Americas, including Bishop Juan de Zumárraga, Fray Bernadino de Sahagún, Fray Junípero Serra, and many others. There will be considerable attention devoted to the painters of Saint Francis including Cimabue, Giotto, El Greco, Rubens, and many others. SFA has developed a group of special projects which are unusual and, in some cases, unique. Finally, SFA will be not only for the community, but also by it. Organizations and individual members are encouraged to submit information and comments for posting on the site.

Links to Other Websites

Through its member organizations, the SFA will publish both scholarly and notable creative work, and it will have URLs on its Web site dedicated to that purpose.