Pope Francis Prays at the Place Where St. Francis of Assisi Placed the First Nativity Scene 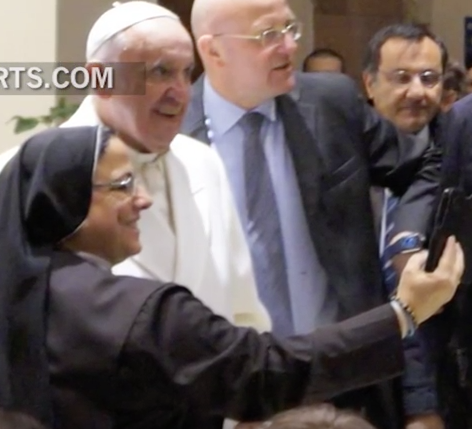 The Pope prayed in the grotto where St. Francis of Assisi established the tradition of the nativity scene in 1223.

It is in the Italian town of Greccio, about 100 kilometers from Rome. Pope Francis arrived in the afternoon, in the car he normally uses. The Pope visited Greccio to pray a few days before the Epiphany. It was such a private event, that TV cameras were not there to captured the moment. The diocese media were the only ones present.
In fact, the only ones that knew of the Pope's visit was the bishop of Rieti and the Franciscan community of the monastery where the grotto is located.
This was a surprise of great magnitude for about 150 young people from the diocese who were participating in a meeting when this took place. The Pope improvised a speech in which he invited them, as did the three Kings, "to follow the signs for Jesus”.