To Sin No More: Franciscans and Conversion in the Hispanic World, 1683-1830

Date:
Friday, February 2, 2018 - 3:15pm
A new book by St. Francis and the Americas project partner David Rex Galindo is available from Stanford University Press.
About the book: For 300 years, Franciscans were at the forefront of the spread of Catholicism in the New World. In the late seventeenth century, Franciscans developed a far-reaching, systematic missionary program in Spain and the Americas. After founding the first college of propaganda fide in the Mexican city of Querétaro, the Franciscan Order established six additional colleges in New Spain, ten in South America, and twelve in Spain. From these colleges Franciscans proselytized Indians in frontier territories as well as Catholics in rural and urban areas in eighteenth-century Spain and Spanish America.

To Sin No More is the first book to study these colleges, their missionaries, and their multifaceted, sweeping missionary programs. By focusing on the recruitment of non-Catholics to Catholicism as well as the deepening of religious fervor among Catholics, David Rex Galindo shows how the Franciscan colleges expanded and shaped popular Catholicism in the eighteenth-century Spanish Atlantic world. This book explores the motivations driving Franciscan friars, their lives inside the colleges, their training, and their ministry among Catholics, an often-overlooked duty that paralleled missionary deployments. Rex Galindo argues that Franciscan missionaries aimed to reform or "reawaken" Catholic parishioners just as much as they sought to convert non-Christian Indians.

About the author: David Rex Galindo is newly appointed at the Universidad Adolfo Ibáñez in Santiago, Chile. 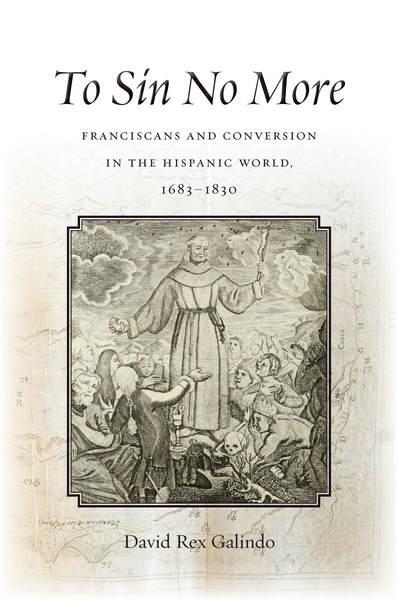