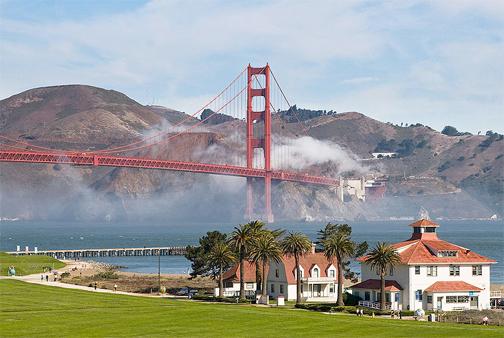 California's beautiful Presidio, located within the Golden Gate Recreation Area at the entry to San Francisco Bay, saw continuous use as a military base for 218 years by the Spanish, Mexican, and American armies.

In 1776 the Spanish established the grounds as their northernmost outpost in western North America. After Mexico declared its independence from Spain in 1821, the Presidio received scant attention from the Mexican government for 24. The U.S. Army captured the grounds in 1846 and for 148 years, the army transformed the Presidio grounds from desert dunes and scrub to a verdant, preeminent military post. Since 1994, the Presidio has been a part of the Golden Gate National Recreation Area.

The Presidio Trust has restored and managed the site, and the park today looks very much as it did when the base was finally decommissioned 15 years ago. In an effort to continue its conservation efforts, the Presidio Trust commissioned a Digital Preservation Project of the historic buildings.