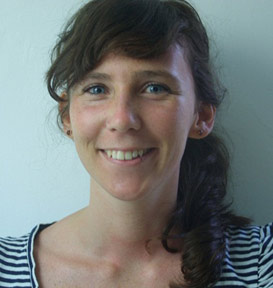 With an undergraduate degree in history from the Universitá degli Studi di Trieste and a Master of Science from the 'Antiguitat i Edat Mitjana por la Universitat Autònoma de Barcelona, Chiara Mancinelli studies the contributions of Franciscan authors to economic, political, and moral studies of the Middle Ages, with a particular focus on the Franciscan Francesc Eiximenis. She is completing her doctoral dissertation on the observant convent of Santo Espíritu del Monte and the influence that the convent may have had on Francesc Eiximenis, the author who Ms. Mancinelli has studied both at the undergraduate and graduate level. Chiara Mancinelli is a member of the research project, "The Construction of the Western European Identity: Texts, Materials, and Discourses on the Controversies of Islam versus Judaism,” coordinated by Professor Cándida Ferrero of the Islamo-Latin research team of the Universitat Autònoma de Barcelona, and she is a team member of the Institut d'Estudis Medievals of the same university.