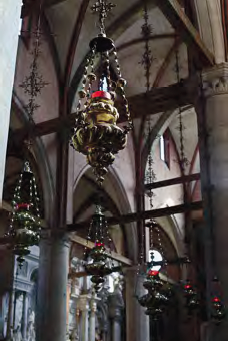 Robert McGrath is a professional photographer; contributing to both Getty Images and Lonely Planet Images (LPI now owned by Getty). This is mainly for undertaking major projects overseas.

In Australia, he have done several professional projects for the Province of the Holy Spirit (i.e., Australia, New Zealand, Singapore and Malaysia); and have photographed extensively in Italy on behalf of the Provincial General here. Other major projects include directing and undertaking the official Mardi Gras PhotoTeam, the Easter Show PhotoTeam (the largest agricultural show in Australia), as well as photographic strategy for Head On, the nation's largest photographic Festival.

Robert and his team are dedicated to producing valued visual assets that express the unique qualities of large events, special locations and creative endeavours—in ways that describe their meaning to people, while validating their experiences. They are also vitally concerned with ensuring that all creative workers are both valued and recognised; especially in the digital era where value, in all its meaning can so easily be diminished.

An example of Robert McGrath's work can be seen here.