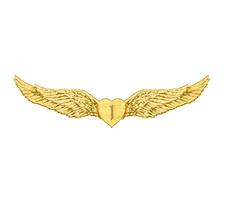 Sufism Reoriented: Francis in the Schools

Sufism Reoriented is an American spiritual school created in 1952 by Meher Baba. It is based on practicing the principles of love and service. It is located in Walnut Creek, CA and Washington, DC. Much of its current work in the world celebrates the radiant life of Francis of Assisi in order to inspire others.

Francis in the Schools is a day-long program Sufism Reoriented conducts for children in San Francisco and Oakland’s underserved neighborhoods. Performers present uplifting vignettes from Francis’s life so these children can learn how their region's namesake lived a life of all-inclusive love and kindness. Since 2010, thousands of children have enjoyed these non-sectarian field trips. They watch an original musical play about Francis's life and then attend a lively Umbrian-style Renaissance Faire -- all designed to share Francis's transformative message of love, courage, hope, and joy with these children whose neighborhoods are wracked by poverty and crime.

Friar Alessandro Brustenghi, the international recording star, made his first trip to America in 2013 and flew directly to the San Francisco Bay Area to give a free concert for children in the Francis in the Schools program. (His “day job” is as a guide in Francis’s Porziuncola in Assisi.)

The video Lives of Perfect Joy captures a beautiful concert staged on the 800th anniversary of Saint Clare’s consecration by Francis. Original music and dance celebrates Clare’s devoted companionship with Francis, presented in the National Shrine of St. Francis in San Francisco.

The White Pony Express redistributes surplus food in Contra Costa County. Every day volunteers collect thousands of pounds of delicious, nourishing food that is excess from restaurants, food stores, farmers markets, etc., and then deliver it free to service organizations that feed the hungry.

The White Pony Express Free General Store applies the same principle of connecting those with abundance to those in need. Volunteers provide high quality toys and educational books to children and new or barely used clothing to both children and adults. This is all given free.

The White Pony Inn is in pilot phases in Washington, DC, and will arrive soon in California to identify surplus residential spaces and match them with those in need of shelter.

For more information on Sufism Reoriented or these programs, contact Duncan Knowles: duncank7@gmail.com.